A Brief History of Java

In 1995, Sun released the The Java programming language as a part of a broader strategy known as the Java platform. The "write once, run anywhere" (WORA) motto initially promised to make Java the everywhere language, running on everything from wrist watches to cell phones and laptops to supercomputers. 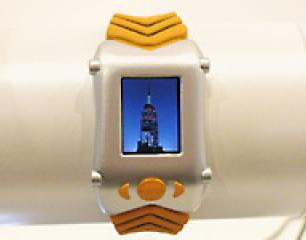 The initial reception of Java was mixed. For every Java sucks, an evangelist promised that it would change the world, and Java powered toasters were just around the corner.

As Java evolved, it accrued more baggage as it fought to keep WORA. Deprecated methods sprang up everywhere, but Sun had to keep these features in place to provide backwards compatibility. The java.util.DateTime package became synonymous with dysfunctional design and bad naming conventions were fixed for life (is it size or is it length?).

When Java reached version 1.4, Sun decided that a new approach was required to compete with Microsoft's .NET strategy. Sun thought long and hard and branded version 1.4 as "5" in an attempt to move ahead of .NET 2.0

This was accompanied by a decision to implement generics, a way of achieving additional type safety. Unfortunately, type-safety came at the cost of typing. As engineers adopted generics they were often heard cursing as they bashed out yet another List<Foo> foos = new ArrayList<Foo> statement. 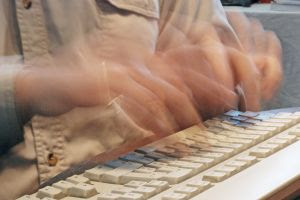 Universities quickly adopted Java; no longer did students have to learn the intricacies of manual memory management and pointers, instead they could rely on Java to do the heavy lifting and focus on solving problems. Unfortunately, this led to the production of a league of developers known as the "Patternistas" who only had a hammer and everything was a nail. Under their leadership, Java naming conventions became increasingly ridiculous. When class names such as RequestProcessorFactoryFactory became common place some developers began to question the wisdom of the infinite tower of abstraction.

As developers realized they were just shuffling thousands of lines of code around each day, they needed a word to justify their existence. That word was refactoring. The patternistas rejoiced; not only could they apply factory factories, singletons and visitors to solve problems, but they could repeatedly change their mind and justify it with a buzzword!

A whole industry evolved to satisfy the patternistas. RSI injuries were becoming increasingly common place amongst Java veterans so a new breed of development environment was built. IntelliJ and Eclipse were built with the aim of minimizing the damage to developers. Advanced code completion and refactoring meant that developers merely had to press key combinations instead of typing in verbose code constructs for missing language features. 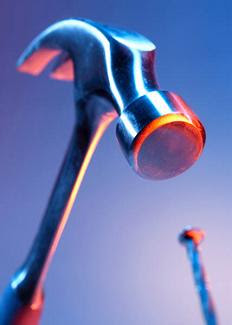 Java began the push for the Enterprise by employing some of the leading architecture astronauts to come up with a paradigm-shifting, synergistic approach for empowering enterprise software. The result was nothing short of a revolution; beans were born. Beans are apparently a server-side component architecture for the modular constructor of enterprise applications.

Having softened up resistance to angle brackets through the use of generics, Java moved forward and jumped on the XML bandwagon. By using XML, developers were able to express concise concepts as huge, verbose angular nightmares. This has the advantage that XML files (unlike other files) can be easily read by other computers. The small price of being unreadable for humans was felt to be worth paying. Services such as Ant and JBoss led the way with executable XML and powerful deployment descriptors.

Meanwhile, in a galaxy far away from architecture astronauts, a new breed of programmer decided that getting shit done was more important than typing shit all day long. This led to the birth of frameworks such as Rails which are designed to get out-of-the-way and let you solve problems, an approach popularized as convention over configuration. Rails received positive feedback and at least some former Java addicts kicked the habit for Ruby. The first signs of Java's grip loosening were becoming apparent.

In August 2006 the Java 7 project began. Many developers are pushing for a feature known as lambda expressions that would undoubtably simplify many of the common coding tasks that Java makes so painful. Unfortunately, four years later the Java committee is still arguing over the nuances of this feature and it's possible that this will be dropped. The lack of movement on Java 7 has led to the birth of new, sexier languages such as Clojure and Scala, designed to run within the Java ecosystem, but without the need for the language itself.

The final nail in the coffin started being hammered in April 2009 when Oracle announced plans to acquire Sun. Headed by "Larry, Prince of Darkness", Oracle is an acquisition machine that specializes in Enterprise Software and making money. When Oracle's lawyers uncovered a set of software patents, they picked a big target and started a fight. Targets come no bigger than Google (a leading advertising organization), so Oracle's lawyers pounced and battle has commenced.

Where does this leave Java? From its humble beginnings 15 years ago, Java has risen to the top of the pile of popular programming languages under Sun's stewardship. Under Oracle, it's unclear whether the next version of Java will ever get released, let alone contain the features developers crave. Is this the beginning of the end for Java?
Email ThisBlogThis!Share to TwitterShare to FacebookShare to Pinterest
Newer Post Older Post Home